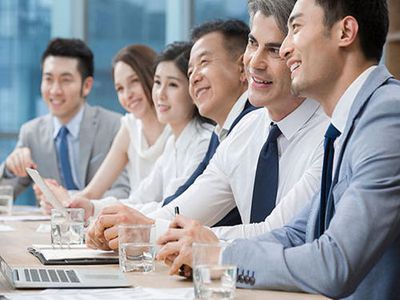 THE COGNITIVE SCHOOL
"Strategy Formation as a Mental Process"
This school of thought has a good future oriented approach in it but it is supposed to be the least developed school of thought because it involves a lot of thinking and mental exercise. There is a very little text on this school of thought due to its uniqueness. Still when we talk about the Mintzberg idea of this school of thought we can easily understand the basis of his theory. As one of the writers says that "the strategies are cam in to being due to the perspectives, they may be in the form of schemes, concepts r maps which make it clear that how people make the inputs from environment work for them."
The reality is meaningful for this school of thought as this addresses both the social aspect of reality and the implicit in knowledge in process for the strategic perspective. This school of thought helps the strategists to make what decision to make for the different themes. There are set of theories to adapt in the context of this school of thought and these finally spring out in the form of scientific construction of reality. This school keeps a view that whatever the explanation files the need becomes the strategy. In the form of the ideology it is a type of process of the symptoms and explanation in which the scientific facts are decomposed. When we talk about the different schools of thoughts this one is the least appreciated but it has its own significance and it helps in gaining the best possible strategy or some certain process.
THE LEARNING SCHOOL
"Strategy Formation as an Emergent Process"
As it is obvious from the name that it is the learning school in which it provides us an incremental approach. According to it strategy is developed in response to some unusual thing. Moreover, strategy is a network of knowledge or the ideology is deemed to be the strategy. Moreover, the company is tending to have a controlled ideology. This emphasizes on the acting learning loop rather then the strategy formulation or implementation loop, So the loop is yet to be defined and it has to be controlled but there is no hard and fast rule to control the loop.
This school has a lot of thinking and knowledge involved in it but still it lacks a lot of things in it and this makes the idealist to believe that the rational planner is best to decide for the organization to choose its strategy for itself. It is just an assumption that the emergent strategy for the organization would be optimal. As we know that as in every school of thought the there are many positive notes as well as negative ones and same is the case with the Learning school. It usually confuses the globalized strategy with the local ones and the response of unusual dimensions of happening. Many Arthurs argue that the basic concept of this school is the working in the organization and between resources like Human Resource and the Organizational Resource. It is also strongly dialectic and holds very little capacity for the self assessment.
​
返回目录 在线咨询
上一篇：personal statement代写_北美网课代修代上
下一篇：香港留学生英文论文代写_essay论文格式写作！