What’s curious is that nearly all of his works were set in the years when Twain was a little boy, that’s before the Civil War. I do think that’s because his great desire was to write about everything he brought to the life of the grown-up from his childhood; or probably he set the majority of his works in the past because of his having sought not an exposition of the present but a view at its reasons or alternatives – the eternal question “what could have been”, “had things changed a little”. For instance, Huckleberry Finn suggests a fantasy of what could have been, and Pudd’nhead Wilson states that there was no way out of the situation, no way to escape the current disorder, mess. By its nature the structure of Pudd’nhead Wilson is itself a little bit messy.
In his “Author’s notes to Those Extraordinary Twins” Mark Twain states that from the very beginning the novel was thought to be about the twins Luigi and Angelo, whom he had presented as Siamese twins. He was sure that could make their sideshow past more explicit and clear, and it could also explain the definite awkwardness of the text. As the story went away from its initial course and aim, and on the whole had greatly changed, Mark Twain had to do something to make the new plot work. We shouldn’t pay attention to the fact that many people consider Twain to be a rather sloppy writer, we should note here that the greater part of these so-called “awkward places” really contribute to the whole story, they just bring the breath of life to it.
I do think that Mark Twain might have been doing everything to escape rewriting, usually even leaving some coarse, rough edges, but in spite of all these he was a talented, intelligent and perceptive author.
Now I would like to turn to my thoughts about Pudd’nhead Wilson. This novel is rather unusual for me, it simultaneously presents a mixture of numerous incompatible ingredients: vulgar and high-class, new and old, farcical and serious. On the whole a perfect, known to all of us microcosm of Mark Twain’s works. We also can’t without mentioning about Twain’s nod to tradition and history.
As the title of the novel claims, Pudd'nhead Wilson is to be a serious tragedy, and we all note something essential, important and critical is at stake.
By making a frivolous attempt to dispose himself in an older and larger tradition, Twain states that his novel depicts a set of problems crucial not only for America, but for the whole world.
Pudd’nhead Wilson occupies a remarkable position among the great works of the eighteenth century and these of our times, because of its sharing the characteristic features of both groups. A story told in dramatic episodes by an omniscient author with a special ironic approach to the material.
To all these, mentioned above Pudd’nhead Wilson depicts a bizarre, freakish world, the characters of which are diligently playing their roles in what can only be defined as a severe Joke.
返回目录 在线咨询
上一篇：英语本科课程作业代写_作业代写范文案例分享！
下一篇：高中作业report代写_Australia英语论文定制 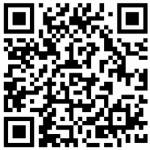